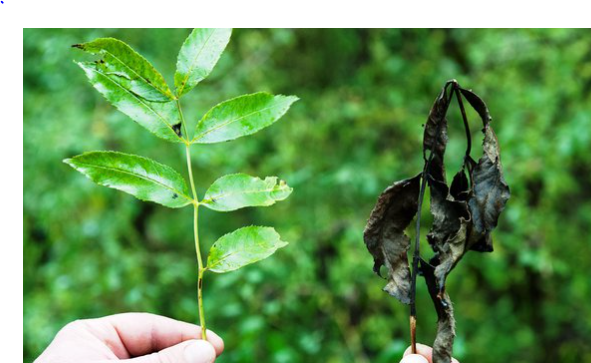 Ash Dieback disease is caused by the Chalara fraxinea fungus. The disease causes leaf loss and crown dieback in affected trees, and it can lead to tree death. Ash dieback was first confirmed in eastern Europe in 1992 and it has spread westwards since. The disease was found in Britain in Spring of 2011 and first identified in Ireland in a plantation in Leitrim during Autumn 2012. This site was planted in 2009 with trees imported from continental Europe. The disease has now been confirmed in numerous ash woodlands, horticultural nurseries, private gardens, and amenity landscape plantings including farms and roadsides throughout the country. Infection first makes its way into a tree when the spores of the fungus are carried over tens of miles in the air and land on healthy leaves over the summer months. The fungus then grows into the leaves and down into the leaf petiole or rachis, and progressively into twigs, branches, and the stem.

Figure 1 Compares the leaf of a healthy Ash tree to an example of leaf affected by Ash Dieback.

By 2018, Forestry Minister Andrew Doyle declared that ‘chalara control’ in plantations, which at the time was mandatory sanitation was no longer feasible. In June 2020 a new scheme was introduced called the Reconstitution and Underplanting Scheme (RUS) scheme. This scheme encourages the active management of ash plantations in the context of the control and spread of ash dieback disease. Assessment of the infected plantations is completed by a forester to ascertain the level of infection. In cases of high disease infection, the scheme supports the removal of the affected ash crop and replacement with alternative species. If the disease is less prevalent the plantation is controlled through thinning out infected individuals and underplanting. This will help build resilience and diversity into plantations and possibly identify tolerant or resistant individuals as there are signs that some trees are showing natural tolerance to the disease.

Ash trees on ditches and roadside are a more complex issue as under The Roads Act 1993 (Section 70) there is a statutory obligation on all landowners/occupiers of land to ensure that roadside structures, trees, shrubs, or other vegetation do not present a danger to those using and working on public roads. Old ash trees hold their own for many years before displaying the symptoms of withering leaflets and leaves that hang rigidly followed by canker formation in the branches and trunk but over time the tree or branches can fall.

In Ash plantations the damaged crown indicates that the disease may be at a low level in the plantation and yet causing little damage to the timber crop. Usually stem & root collar symptoms appear when the infection has become more established on a site and often the level of crown damage appears quite substantial by the time stem symptoms are observed.  When the stem symptoms are observed this also indicates that the quality of the timber is starting to be affected by ash dieback disease. Assessment of crown damage is limited to the summer season and can be difficult once the canopy closes, can be subjective and often more time consuming than stem damage assessment. Assessment of stem damage is repeatable year-round, and more efficient than individual crown assessment. The stem lesion appears in a diamond shape usually but not always around an epicormic branch as shown in figure 2.

Hedgerows and ditches should be assessed by the landowner to identify the level of infection in their Ash trees, see figure 3. On older trees the main symptom of the disease will be crown dieback, these older trees although infected tend to be more resilient but they should be closely monitored and felled if necessary. 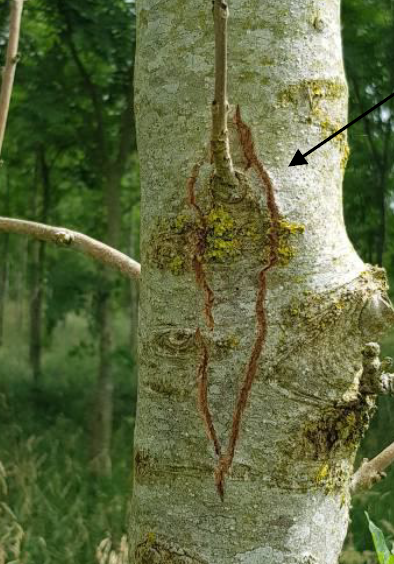 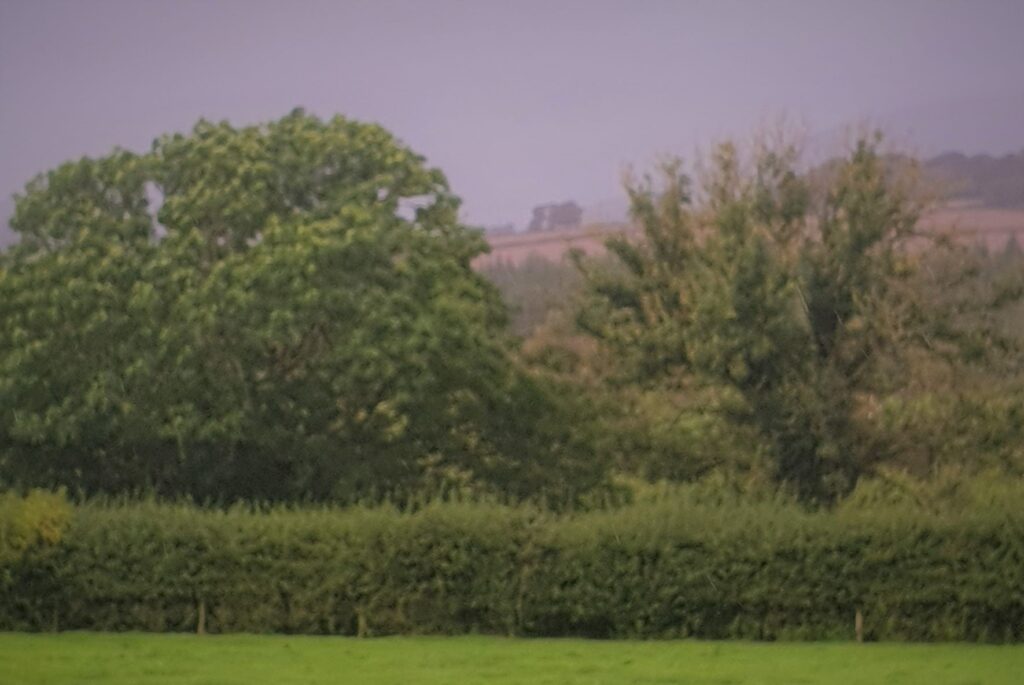 Figure 3 shows a hedgerow with an Ash tree badly effected with Ash back adjacent to an Ash tree which has yet to succumb to the disease.